Ellingham Academy is a famous private school in Vermont for the brightest thinkers, inventors, and artists. It was founded by Albert Ellingham, an early twentieth century tycoon, who wanted to make a wonderful place full of riddles, twisting pathways, and gardens. “A place” he said, “where learning is a game.”

Shortly after the school opened, his wife and daughter were kidnapped. The only real clue was a mocking riddle listing methods of murder, signed with the frightening pseudonym, Truly Devious. It became one of the great unsolved crimes of American history.

True-crime aficionado Stevie Bell is set to begin her first year at Ellingham Academy, and she has an ambitious plan: She will solve this cold case. That is, she will solve the case when she gets a grip on her demanding new school life and her housemates: the inventor, the novelist, the actor, the artist, and the jokester. But something strange is happening. Truly Devious makes a surprise return, and death revisits Ellingham Academy. The past has crawled out of its grave. Someone has gotten away with murder.

I always find it a little difficult to review mystery books because I’m so conscious of making sure I don’t accidentally reveal any spoilers, so this review might be shorter than my usual reviews!

Truly Devious is set in two timelines – the past, where a rich tycoon, Albert Ellingham, founded a special school and his wife and daughter were kidnapped, and the present, where the main character, Stevie, has started life at the Ellingham school.  Stevie loves mysteries and is determined to solve the long cold case of the kidnapping of Mr Ellingham’s family, but she soon finds herself involved in more mystery than she thought possible.

I really enjoyed this murder mystery and the two time settings.  I was intrigued about the Ellingham crime and instead of being frustrated at the slowly emerging pieces of information, I found it engaging.  I wasn’t a huge fan of Stevie though.  The way she reacted to certain things that happened in the book really annoyed me and made her seem quite childish. Almost like she wanted to argue for the sake of arguing.  The sheer number of characters in the book (especially due to their being a whole cast in the past and a whole cast in the present) did make me feel as though we didn’t get to know any of them quite well enough, but hopefully we’ll get more of a glimpse into their stories in book two.  This is one of those books where there is no way you couldn’t read the sequel.  There is SO much left unsolved at the end and the end is an absolute cliffhanger.  I’m almost glad I didn’t get around to reading this book until now, because the second one is not far off releasing.  I wouldn’t have liked having to wait forever to find out what happens! 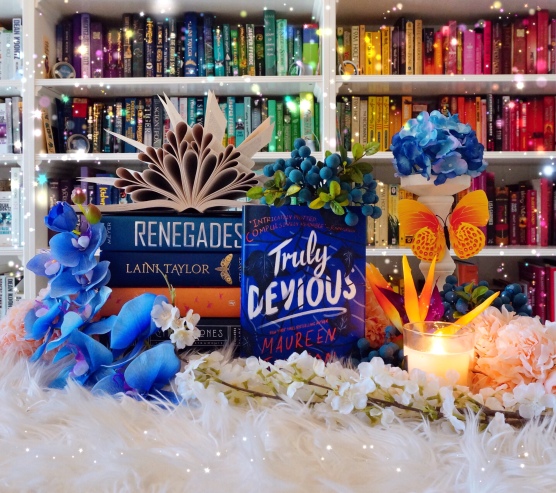