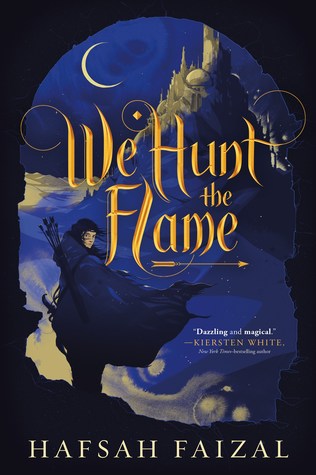 People lived because she killed.
People died because he lived.

Zafira is the Hunter, disguising herself as a man when she braves the cursed forest of the Arz to feed her people. Nasir is the Prince of Death, assassinating those foolish enough to defy his autocratic father, the king. If Zafira was exposed as a girl, all of her achievements would be rejected; if Nasir displayed his compassion, his father would punish him in the most brutal of ways.

Both are legends in the kingdom of Arawiya—but neither wants to be.

War is brewing, and the Arz sweeps closer with each passing day, engulfing the land in shadow. When Zafira embarks on a quest to uncover a lost artifact that can restore magic to her suffering world and stop the Arz, Nasir is sent by the king on a similar mission: retrieve the artifact and kill the Hunter. But an ancient evil stirs as their journey unfolds—and the prize they seek may pose a threat greater than either can imagine.

Set in a richly detailed world inspired by ancient Arabia, We Hunt the Flame is a gripping debut of discovery, conquering fear, and taking identity into your own hands.

Thankyou to Pan Macmillan Australia for providing me with a copy of We Hunt the Flame, in exchange for an honest review.

We Hunt the Flame is a dark and gripping adventure that sees a group of people thrown together as enemies, who have to become unlikely, and mostly unwilling allies.

It took me a while to get into this book because the names, descriptions and places were really quite complicated.  I struggle with names I’m not sure how to pronounce (whether I have a translation and pronunciation guide or not) and they tend to snag my eyes as I’m reading and slow down the pace for me.  However, that is just my issue and the names and descriptions that were foreign to me were ultimately required to immerse the reader into the ancient Arabian world.  I only mention it to say if you feel the same, I found it much easier as the book went on.

There were some truly fantastic characters that I absolutely fell in love with, especially Altair, the prince’s general.  His witty, flirtatious commentary were some of my favourite parts of the book.  The desert magic was brilliant, with dangerous shadows, Ifrits and the underlying Tale of the Six Sisters, although I did find myself confused at times about where they were and what was happening.  It was one of those stories where a lot of the twists and reveals occurred right near the end, which did clear up some of the confusion for me.  I’m looking forward to the second book because now that I’ve got my head around the setting and the language used, I know I’ll be able to enjoy the unfolding of the story even more!

Thanks to Pan Macmillan Australia, I have one copy of We Hunt the Flame to give away!  Head over to my Instagram account HERE to enter. Open to AU & NZ addresses only. 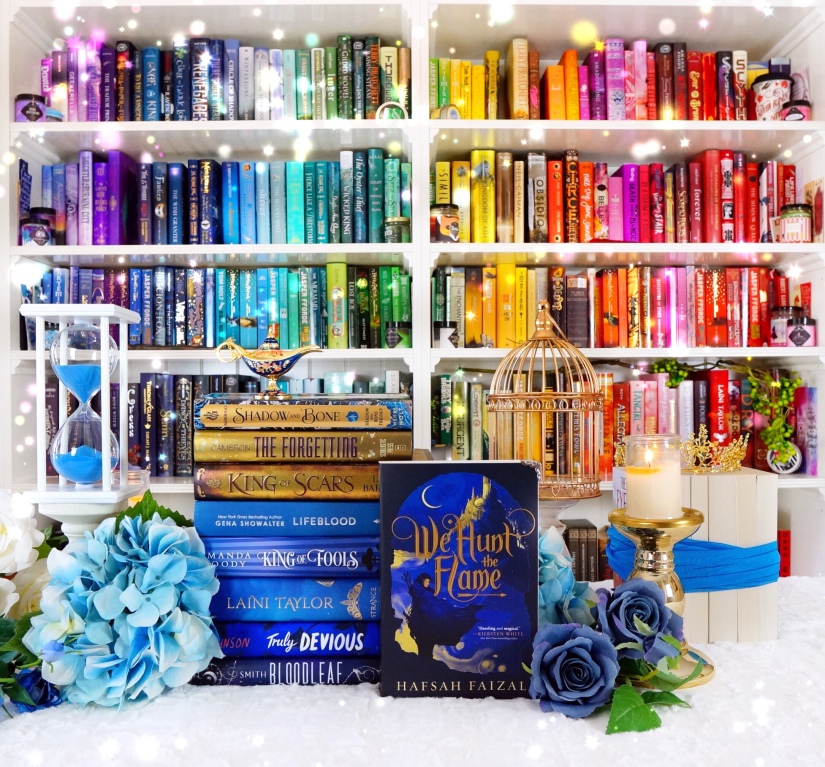