My Rating ~ Four and a half stars

Welcome, welcome to Caraval…all games must come to an end.

Meanwhile, Scarlett has started a game of her own. She’s challenged Julian and her former fiancé, Count Nicolas d’Arcy, to a competition where the winner will receive her hand in marriage. Finaly, Scarlett feels as if she is in complete control over her life and future. She is unaware that her mother’s past has put her in the greatest danger of all.

Caraval is over, but perhaps the greatest game of all has begun―with lives, empires, and hearts all at stake. There are no spectators this time: only those who will win…and those who will lose everything.

NOTE:  This review is for book 3 in the series, so there will be spoilers  for the first two books in my review!

Finale picks up where Legendary left off, two months later.  Told in dual points of view from Scarlett and Donatella, the Fates we met in book two are awakening again.

I adored being able to fall back into this world and be with these characters again – Scarlett, Julian, Legend, Tella and Jacks.  Stephanie’s writing is magical and I have loved all the twists and turns in each of these books.

I think, for me, I maybe didn’t love this story quite as much as the other two, because my favourite part has always been the magic of Caraval itself.  Since there is no Caraval in this book and it’s focused mostly on the Fates, I felt like I was missing a part of that magic.  I think I’d kind of forgotten who all of the Fates were and how they fit into the story too, so I was trying to pick it up as I went along.  Jacks was such a perfect villain to me and I wanted so much more of him, but in Finale we are suddenly introduced to a new villain, who doesn’t get a lot of book time, so I didn’t feel as much for him as the other characters, who I’d had lots of time to get to know.

Regardless of any of those points though, I still loved watching the story unfold and am so sad that I won’t get to see more of these characters!  The Caraval series as a whole has really swept me off my feet and it’ll be a series I will definitely re-read at some stage. 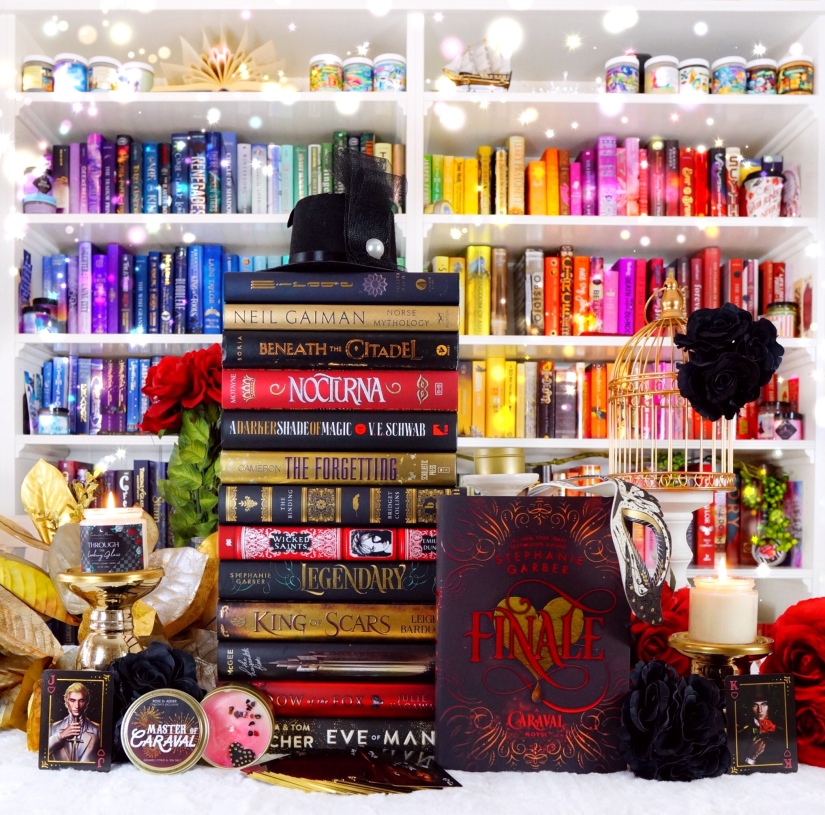