Now that Marty is almost 18, he’s about to decide what he wants for his future, and finally moving to London is it. He arrives with nothing but his oboe and some savings from his summer job, but Marty is excited to start his new life–where he’s no longer the closeted, shy kid who slips under the radar and is free to explore his sexuality without his parents’ disapproval.

To his friends back in America, Marty’s life looks like a perfect fantasy: in the span of a few weeks, he’s made new friends, he’s getting closer with his first ever boyfriend, and he’s even traveling around Europe. But Marty knows he can’t keep up the facade. He hasn’t spoken to his parents since he arrived, he’s tearing through his meager savings, and his homesickness and anxiety are getting worse and worse. Will Marty be able to finally find a place that feels like home?

Thankyou to Bloomsbury for providing me with a copy of As Far As You’ll Take Me, in exchange for an honest review.

Feeling stifled by his parents religious upbringing and unsupportive views towards his sexuality, Marty has decided to move from his home in the US to London.  His parents think he’s going for three months to participate in a music program, but Marty doesn’t have a return ticket and knows he’s not coming back.  Immediately feeling more seen and accepted when he arrives in London, he’s excited to start his new life.  An excitement that grows even further, when his cousin’s attractive friend picks him up from the airport.

Navigating his feelings for the boy he’s just met, turbulent friendships back home and the difficulties of finding a job to actually pay for him to stay in London, is no easy task.  Especially when Marty already deals with anxiety on a daily basis.  A story about stepping out of your comfort zone to find your own way in the world, even when the world seems to be smacking you in the face, As Far As You’ll Take Me is a heartwarming book with some wonderful characters.

The story did focus quite heavily on music and the different instruments the characters played, which wasn’t really of interest to me as, although I love music, I know nothing about playing music.  Some of the relationship aspect of the book were particularly bothersome (such as the many red flags of a toxic relationship) but as unsavoury as those scenes were, they are an unfortunate reality for a lot of people.  I was glad Phil Stamper portrayed them in a way that didn’t romanticise them, other than with Marty being a bit blind to what was really going on.

I think this one will be of great appeal to those who love contemporary coming of age type stories that manage to tackle some tougher issues! 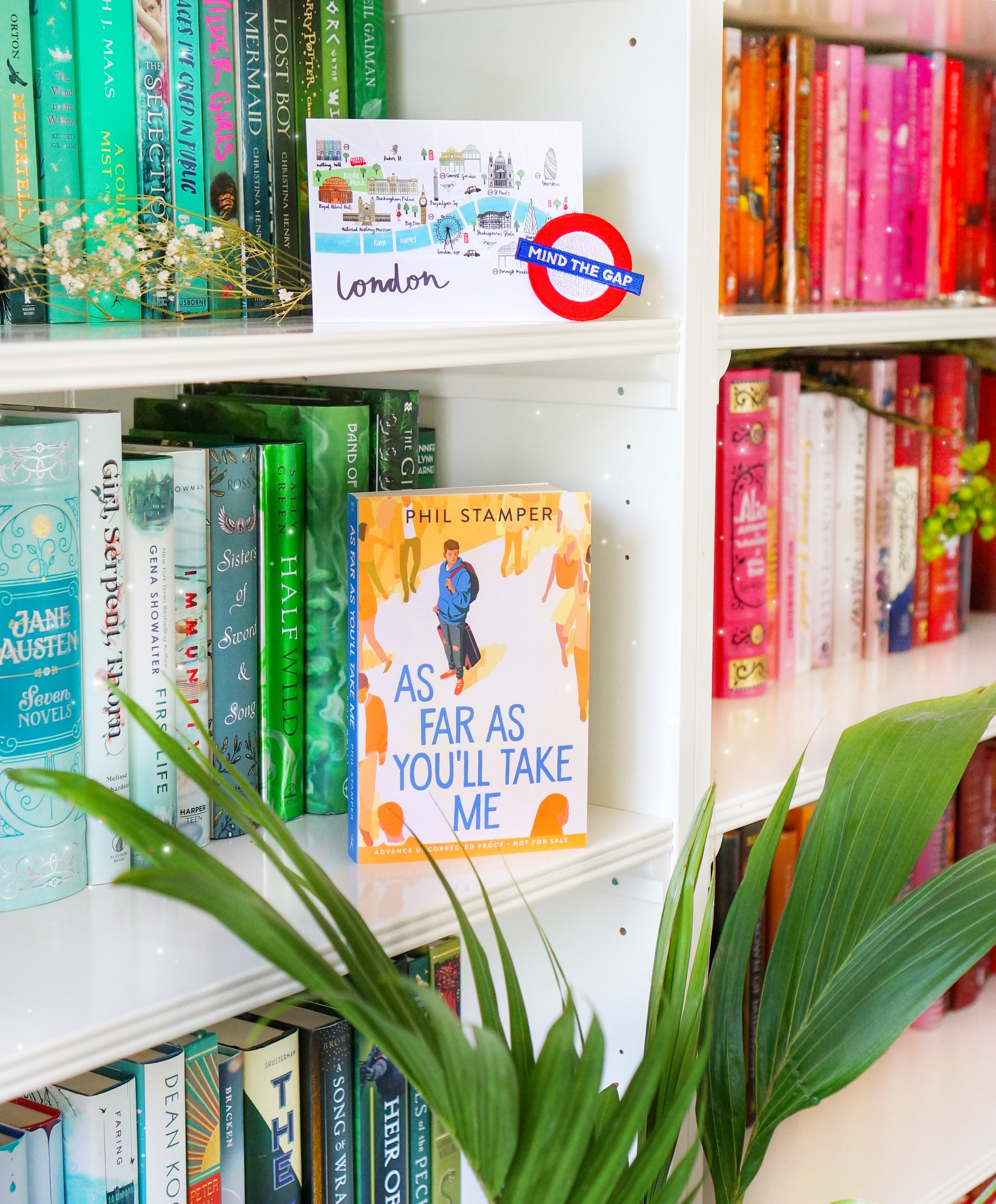