Magic doesn’t exist in the broken city of Lkossa anymore, especially for girls like sixteen-year-old Koffi. Indentured to the notorious Night Zoo, she cares for its fearsome and magical creatures to pay off her family’s debts and secure their eventual freedom. But the night her loved ones’ own safety is threatened by the Zoo’s cruel master, Koffi unleashes a power she doesn’t fully understand–and the consequences are dire.

As the second son of a decorated hero, Ekon is all but destined to become a Son of the Six–an elite warrior–and uphold a family legacy. But on the night of his final rite of passage, a fire upends his plans. In its midst, Ekon not only encounters the Shetani–a vicious monster that has plagued the city and his nightmares for nearly a century–but a curious girl who seems to have the power to ward off the beast. Koffi’s power ultimately saves Ekon’s life, but his choice to let her flee dooms his hopes of becoming a warrior.

Desperate to redeem himself, Ekon vows to hunt the Shetani down and end its reign of terror, but he can’t do it alone. Meanwhile, Koffi believes finding the Shetani and selling it for a profit could be the key to solving her own problems. Koffi and Ekon–each keeping their true motives secret from the other–form a tentative alliance and enter into the unknowns of the Greater Jungle, a world steeped in wild magic and untold dangers. The hunt begins. But it quickly becomes unclear whether they are the hunters or the hunted.

Thank you to Penguin Books Australia for providing me with a copy of this book, in exchange for an honest review!

Koffi and her mother are about to finally pay off her father’s debt and escape working at the Night Zoo, with its often terrifying creatures, forever.  But one moment ruins their chances and adds so much time on to their indenture that Koffi knows she has to come to some other arrangement.

Meanwhile, Ekon has been training his whole life to take the test that will see him accepted into the warrior clan of his family tradition.  An incident linked to Koffi and the Night Zoo sees that chance stolen away from him and he vows to find another way to show he’s worthy of joining the warrior clan.

They both decide to hunt down a legendary, fearsome creature for different reasons, both set to earn them what they need most.  They should be sworn enemies, but they’re about to head into the Greater Jungle together, and face their worst nightmares, for a chance at redemption.

When I see ‘fearsome creatures’, I add a book to my TBR faster than you can blink and Beasts of Prey was exactly what I was looking for! The forest creatures were terrifying, but the book was a far cry from some of the usual ‘monster’ stories, that rely on snarling beasts without much of a storyline.  I was absolutely enamoured with the characters and loved the twists and intertwined stories that brought it together at the end.  We had multiple points of view – Koffi, Ekon and another character telling their story from the past.

The author managed to create an incredible, richly detailed world, based on Pan-African mythology that was pure magic. I’m actually stunned that this a debut novel, the writing was superb. I never wanted to stop reading and was so excited when I got to the end and realised this wasn’t a standalone as I had initially thought! 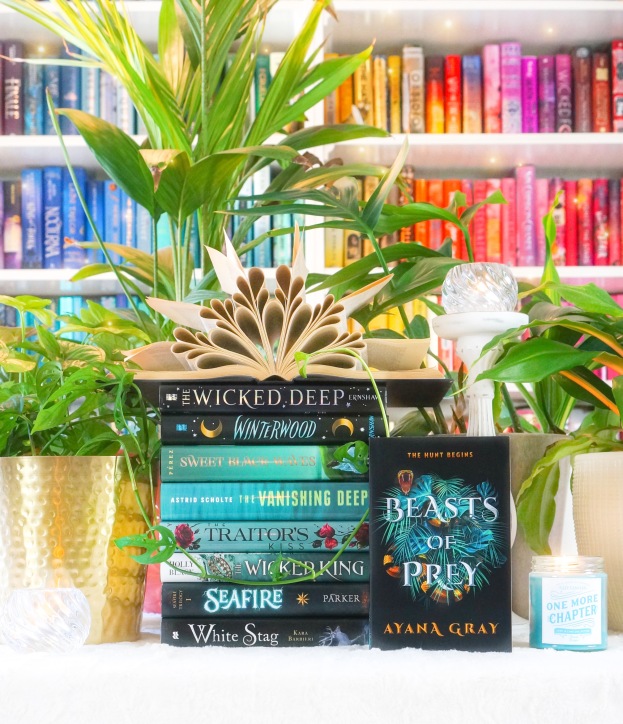